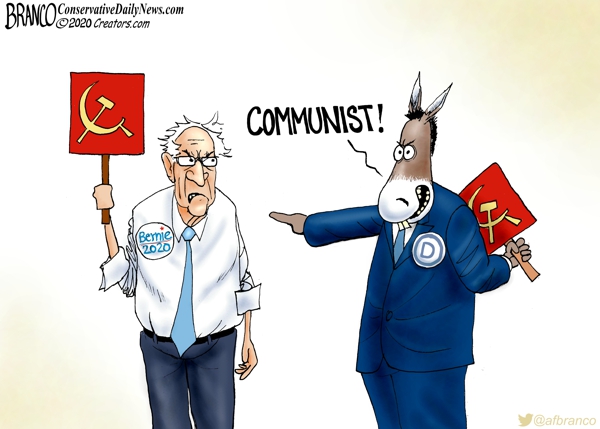 House Speaker Nancy Pelosi, D-Calif., tried to tamp down the perceived influence of Rep. Alexandria Ocasio-Cortez and other progressive freshman Democrats, saying their wing in Congress was “like five people.”

Speaking with CBS News’ Lesley Stahl on “60 Minutes,” Pelosi said the 29-year-old congresswoman from New York didn’t have a significant impact on the Democratic Party. The House speaker also said she rejected socialism “as an economic system.”

“You have these wings, AOC and her group on one side,” Stahl told Pelosi, to which the 79-year-old replied: “That’s like five people.”

“No, it’s the progressive group, it’s more than five,” the interviewer pushed back. Pelosi contended that she herself is a progressive.

The speaker added that she believes Congressional Democrats “by and large … know that we have to hold the center, that we have to go down the mainstream,” and said she “reject[s] socialism as an economic system.”

“If people have that view, that’s their view,” she said. “That is not the view of the Democratic Party.”

Speaker Pelosi certainly missed that one by a country mile, didn’t she?

Sen. Bernie Sanders, the frontrunner for the Democrats’ presidential nomination, doubled down on his support for some of Cuban dictator Fidel Castro’s policies, saying in an interview that aired Sunday, “it’s unfair to simply say everything is bad.”

“We’re very opposed to the authoritarian nature of Cuba but you know, it’s unfair to simply say everything is bad. You know? When Fidel Castro came into office, you know what he did? He had a massive literacy program. Is that a bad thing? Even though Fidel Castro did it?” Sanders told Anderson Cooper.

Fidel Castro relinquished power to his brother, Raúl, in 2011 after nearly half a century in charge of the island nation; Fidel died in 2016.

Some Republicans jumped on Sanders’ comments. “It really makes a difference when those you murder at the firing squad can read & write,” Sen. Ted Cruz, R-Texas, tweeted.

In a resurfaced speech given at the University of Vermont in 1986, Sanders praised the socialist policies implemented in Cuba by the Castro regime and criticized bipartisan efforts in the U.S. to tamp down on Castro’s spread of communism.

While Sanders said in the new interview he “condemns” any human rights violations Castro committed, he also took aim at President Trump for his unlikely friendships with some dictators or strongman leaders, including North Korea’s Kim Jong Un and Russia’s Vladimir Putin.

“I do not think that Kim Jong Un is a good friend,” Sanders said. “I don’t trade love letters with a murdering dictator. Vladimir Putin, not a great friend of mine.”

Despite victories in all three of the earliest state contests, the Vermont senator has faced criticism from other party contenders, including billionaire Michael Bloomberg, who lambasted his socialist policies declaring they would never fare in a November matchup with Trump.

Sanders went on to define his brand of democratic socialism, which has tapped into a more progressive ideology that has been gaining traction with young voters across the country.

“When Donald Trump was a private businessman in New York, he got $800 million in tax breaks and subsidies to build luxury housing. That’s called corporate socialism. What democratic socialism is about is saying, ‘Let’s use the federal government to protect the interests of working families,'” he explained.

Trump has used Sanders’ policy initiatives, including “Medicare-for-all” and free college tuition and elimination of student loan debt, to take aim at the senator, even going so far as to label him a communist.

“You know what? We will fight back,” Sanders said of these attacks. “This is what we will bring up… that the president of the United States is a pathological liar, and it is increasingly clear that many people just don’t believe anything that he says. He is a fraud. I look forward to taking him on.”

Let me get this straight.

A professional politician, who himself is a millionaire with three, count ’em, THREE, mansions, who wants average Americans to give most of their money to “the State”, is calling a President of the United States of America a “pathological liar”?

A tad bit hypocritical, wouldn’t you say, boys and girls?

And yet, young American adults are supporting this 78 year old Communist.

They remember Che differently than I am sure that you and those of your countrymen that are seeking freedom from tyranny do.

Why do Modern American Liberals admire those leaders and societies, like Fidel Castro and Communist Cuba, who would take away their individual freedom, at best, and gut them like a Thanksgiving Turkey, at worst?

How could they be so naïve as to view an oppressor and the poverty-stricken Communist country that he destroyed as being the “Socialist Utopia”, which they have dreamt of and which Bernie Sanders wants to turn America into?

Liberals, working within our high schools and universities have taught young minds filled with mush about the joys of Marxism.

Give me one generation of children and I will transform the whole world. – Vladimir Lenin.

The funny thing is, the Democratic Elite, like San Fran Nan, never saw it coming…even though they are the ones responsible for it.

And now, they are reaping what they have sown.