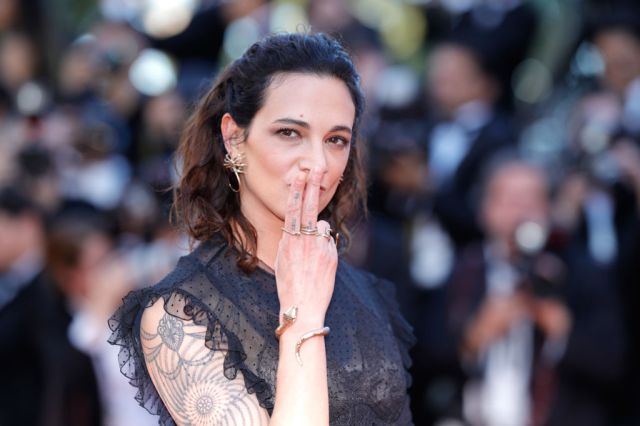 No one will ever win the battle of the sexes; there’s too much fraternizing with the enemy. – Henry Kissinger

Actress Asia Argento, one of the first prominent women to accuse disgraced movie mogul Harvey Weinstein of sexual assault, agreed to pay $380,000 to an actor who accused her of sexually assaulting him when he was 17 years old, The New York Times reported Sunday night.

The actor claimed that the assault took place in a California hotel room in 2013, according to the report. The age of consent in California is 18.

Neither Argento’s representatives nor the actor’s attorney immediately responded to Fox News’ request for comment.

The newspaper obtained documents sent between lawyers for Argento and the accuser that laid out a payment schedule. The paper also obtained a photograph dated May 9, 2013 that showed the two lying in a bed together.

On that date, according to a notice of intent to sue document sent to Argento’s then-lawyer in November, Argento met the actor at the Ritz-Carlton hotel in Marina del Rey, Calif. After giving him alcohol, Argento kissed him and performed oral sex on him before the two had sexual intercourse, the report said.

The notice of intent asked for $3.5 million in damages. The Times reported that the final agreement was reached in April of this year.

Argento, now 42, played a prominent role in the downfall of Weinstein, the former head of Miramax. In October of last year, The New Yorker published allegations by Argento that Weinstein forcibly performed oral sex on her in 1997.

Argento added that she occasionally had consensual sexual encounters with Weinstein over the years, because she felt she “had to” and “didn’t want to anger him.”

The allegations against Weinstein by Argento and other actresses — including Ashley Judd, Gwyneth Paltrow, Angelina Jolie and Rose McGowan — gave rise to the global “MeToo” movement and prompted a re-examination of the behavior of prominent men in other industries, most notably media and entertainment.

Weinstein has since been charged in New York with first- and third-degree rape and first-degree commission of a criminal sex act. He faces up to 37 years in prison if convicted.

As of Sunday evening, the pinned tweet on Argento’s Twitter account referenced a speech she gave at May’s Cannes Film Festival in France, an event she described as Weinstein’s “hunting ground.”

Aren’t these the same paragons of virtue who declared themselves the moral arbiter of American Society and Culture and reminded us of it vociferously during the 8 long, arduous years of the presidency of Barack Hussein Obama (mm mmm mmmm)?

Is Ms. Argento actually the “Lola” from Barry Manilow’s mega-hit “Copacabana” or is she the “Girl Who Cried Wolf”?

Personally, from the photographs that I have seen of Harvey Weinstein at various Hollywood Galas, I have no doubt that he was an apex sexual predator, an archetypical Hollywood Producer with a well-worn casting couch.

However, I also believe, especially given the history of the Modern Day Babylon known as Hollywood, that there were more than enough aspiring starlets willing to take him up on his advances in order to use Weinstein to advance their careers.

Ever since Adam told Eve “I’ll bite”, the quest for power and intimacy known as “the battle between the sexes” has been complicated and very messy…a game of “He Said…She Said”.

When you set yourself up on a pedestal, as the inhabitants of Hollywood do, you fall a lot harder.

Despite their high opinions of themselves, there are no “gods and goddesses” in Tinsel Town.

Now comes the hard part: figuring out whom among the #MeToo Movement was telling the truth and which of the women were simply after another 15 minutes of fame.

It probably does not really matter at this point.

The luster and brilliance of the Stars of Hollywood began to wear off several years again…when they stopped appreciating their fans and started becoming political, societal, and morality experts.

“Oh, what a tangled web we weave…”

Who says that nothing entertaining comes out of Hollywood any more?