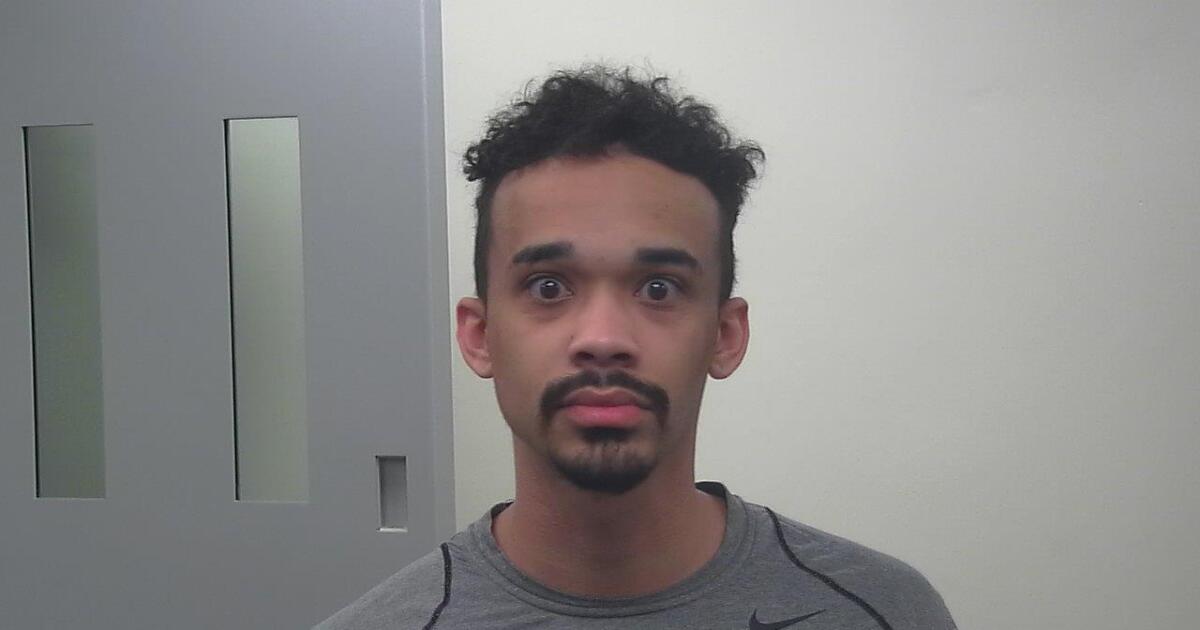 Anarchist John Sullivan was just arrested for rioting in the US Capitol. Evidence shows him agitating the crowd and inciting violence. https://t.co/4dsh8ivgka https://t.co/jjkM0NsW29

A progressive activist has been arrested and charged with participating in last week’s U.S. Capitol riot a week after he uploaded footage of the event to YouTube.

Utah resident and anti-Trump activist John Sullivan told Just the News last week that he had been present at the riot, including inside the Capitol, “specifically [as] a journalist, just to record the events that were going down.”

Yet FBI agent Matthew Foulger alleged in an affidavit on Wednesday that, rather than merely act as a journalist during the riots, Sullivan “knowingly and willfully joined a crowd of individuals who forcibly entered the U.S. Capitol and impeded, disrupted, and disturbed the orderly conduct of business by the United States House of Representatives and the United States Senate.”

Foulger in the affidavit said that footage taken by Sullivan at the riot shows the activist accompanying and cheering on the rioting crowd by saying things such as “Let’s go. This shit is ours!” and “Let’s burn this shit down.”

Sullivan has been arrested and charged pursuant to the incident, Salt Lake City station Fox 13 reported on Thursday evening. The station said the activist has been charged with “rioting and criminal mischief.”

Sullivan did not immediately respond to a query from Just the News on Thursday.

Per his website ActivistJohn.com, which has since been purged…

John Sullivan is 26 years old and the founder of Insurgence USA, a group for racial justice and police reform in Sandy Utah, a suburb of Salt Lake City. Sandy is a hyper-religious Latter-day Saint town located 20 miles south of Salt Lake City. The city is made up of about 110,000 people, 88% white, 16.6% Hispanic, and less than 1% black. Sullivan, one of the few black men organizing for racial justice in Utah.

Per InsurgenceUSA.com, a website which John Sullivan obviously created…

Insurgence USA was started in 2020 in response to the Gorge Floyd tragedy. The lack of care for the human life was unacceptable so we set out to end police brutality. We then set out to empower and uplifting black and indigenous voices. We want to build local powers to enable the community to intervene in violence enacted by the state and government vigilantes. Our mission is the unification of our nation because a people united will never be divided.

Katie Pavlich reported in a January 7th article for Townhall.com  that…

According to numerous news reports, he has a history of organizing leftist protests and identifies with Black Lives Matter.

Over the summer, Sullivan was arrested after organizing a violent riot in Utah that ended with a shooting. One of the host groups was the Salt Lake Antifascist [Antifa] Coalition. From Deseret News:

“One of the organizers of a protest in Provo that resulted in a motorist being shot was arrested on Thursday.

John Earle Sullivan, 25, of Sandy, was booked into the Utah County Jail for investigation of rioting, making a threat of violence and criminal mischief.

and honk their horns to show support for law enforcement.

Another group planned a counterprotest at the same time and place. On Facebook, its event page was originally titled End Police Brutality but was later changed to Marching for Racial Equality. The Facebook pages listed the event’s hosts as the groups Insurgence, Solidarity for Justice, Salt Lake Equal Rights Movement and the Salt Lake Antifascist Coalition.

“As a protest organizer John Sullivan is heard and seen as he is promoting protesters to block roadways, keeping motorists from traveling lawfully and freely.”

Sullivan was also captured on video threatening to beat a woman in an SUV, according to the affidavit, and then kicking her door, leaving a dent.

Sullivan was seen with Jesse Taggart — the man charged with shooting the motorist — throughout the protest, the affidavit states.

“As a protest organizer, John Sullivan is heard talking about seeing the shooting, looking at the gun and seeing smoke coming from it. John did not condemn the attempted murder nor attempt to stop it nor aide in its investigation by police.”

“John did not condemn the attempted murder nor attempt to stop it nor aide in its investigation by police.””

At the U.S. Capitol, Sullivan was standing next to Trump supporter Ashli Babbitt when she was shot and killed by a police officer. In fact, he filmed it.

Isn’t that why Pelosi and the House Minions…err…Democrats are impeaching him for a 2nd time?

And, now you’re telling me that BLM and Antifa were there?

As I wrote on January 7th,

“The “Small, Still Voice” inside of me told me that this was a powder keg waiting on a match.

Now, average Conservative Americans, in normal circumstances, would not storm the Capitol Building.

However, they came to Washington already madder than AOC with her lips glued together.

The President’s impassioned speech, while it reinforced what the crowd already knew, was NOT responsible.

Two things lit the fuse which caused the riot:

I sure as I look in the mirror and see a 62-year old Christian American,

I guarantee you that there are Democrat enablers who helped John Sullivan and his fellow travelers complete their mission last Wednesday.

Because, judging what I have seen of that seditious weasel, he does not have enough brain power to light a twinkling light on a Christmas Tree.

Hey, Mitch…you guys can call off your part of “Sham Impeachment 2: TDS Boogaloo” any time now.

However, if you feel like impeaching Joe and Nancy…next Wednesday afternoon would be a wonderful time to start the hearings.