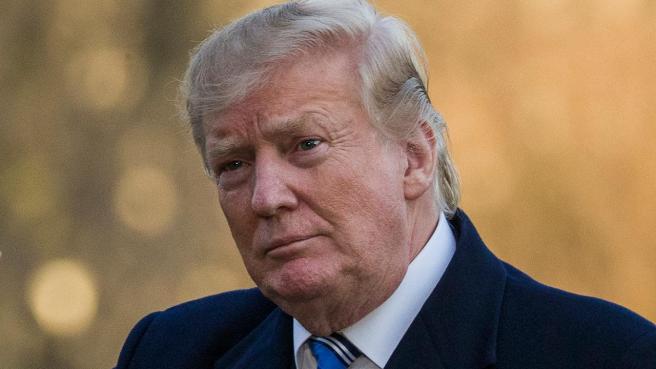 We will get our people off of welfare and back to work – rebuilding our country with American hands and American labor. – President Donald J. Trump

President Trump kicked off a new battle with Congress on Monday by releasing his fiscal 2020 budget plan seeking billions more in funding for a border wall and controversial work requirements for Americans collecting a variety of welfare benefits.

Both proposals are sure to face resistance from Democrats, especially coming off a partial shutdown triggered by a border wall dispute that only ended when Trump declared a national emergency over immigration — a step being litigated in the courts and challenged in Congress. The requests are part of the president’s $4.7 trillion budget plan.

Escalating Trump’s pursuit of wall funding, the White House in the new budget requested an additional $8.6 billion to build the wall along the U.S.-Mexico border—seeking $5 billion from Congress, plus $3.6 billion from the military construction budget, for fiscal 2020.

Meanwhile, the budget aims to implement new welfare requirements — namely, that Americans 18-65 years old work at least 20 hours a week in a job, a job training program or a community service program to secure a range of benefits and aid.

The proposal would represent an expansion of work requirements, though some already are in place. For the past several administrations, able-bodied recipients of the Supplemental Nutrition Assistance Program (food stamps) have mostly had to work at least 80 hours a month — while recipients of traditional welfare known as Temporary Assistance for Needy Families (TANF) have also faced work requirements.

I am sure that there will be a bunch of fussin’ and hollerin” from Democratic Lawmakers over the President’s proposal to add work requirements to the Federal Programs liosted in the above article.

After all, it was Democratic Party Politics which lost Americans their jobs, broke up their family units, and put them in perpetual servitude to the State to begin with.

Back during the 2012 Presidential Race, the “Severely Conservative” Republican Party Legacy Candidate, Mitt Romney, stirred up a hornet’s nest by stating that 47% of Americans were receiving some form of Government Entitlements, such as SNAP, Welfare, etc. It didn’t really matter that he was absolutely correct. He was considered a rich out-of-touch, uncaring, old white guy, from that moment on. He was positively vilified by President Barack Hussein Obama (mm mmm mmmm), the rest of the Democratic Party, and their Propaganda Arm, the Main Stream Media.

Romney was attempting, rather indelicately, to make the point that, with this American Freedom that we have been blessed with, also comes the burden of responsibility. Romney was trying to illuminate the fact that American is still the Land of  Opportunity, and that “God helps those who help themselves”.

I don’t believe that the Republican Presidential Candidate was attempting to be malicious by calling out the 47%. He was merely trying to paint a verbal picture as to how the sense of entitlement, that is forcefully held by some Americans, and has been facilitated by the Democrats, had spun way out of control, becoming an immeasurable burden on American Taxpayers, and an immense anchor, holding our economy back.

It was that same selfish sense of entitlement that fueled the backlash against “Mittens” by America’s low information voters, who were certainly egged on by their “plantation Masters”, the Democratic Party, and their “Straw Bosses”, in the Main Stream Media.

Around that same time, the number 47 came up in the National Media once again, as it was reported that 47% of American Babies were being born out of wedlock.

To the Wayback Machine, Sherman!

Back  in the 60s, President Lyndon Johnson (whose big hand I once shook, at his ranch, as a little boy, after his presidential term) and the Democrats, brought forth a plan, called “the Great Society”. It was decided, in order to ensure that everyone would have an equal opportunity in America, that Uncle Sugar would step in to fill in the gaps.

First, the Civil Rights Bill that JFK promised to sign, before his assassination, was passed into law. This Act banned discrimination based on race and gender in employment and ending segregation in all public facilities.

It also helped to cement in stone, minorities’ loyalty to the Democratic Party, which continues to this day.

The second bill that LBJ signed into law was the sweeping ECONOMIC OPPORTUNITY ACT OF 1964. It created the Office of Economic Opportunity whose stated purpose was to attack the roots of American poverty. A Job Corps was then established to provide vocational training.

A preschool program designed to help disadvantaged students arrive at kindergarten ready to learn, named HEADSTART, was then established. Then came VOLUNTEERS IN SERVICE TO AMERICA (VISTA), which was set up as a domestic Peace Corps. Schools in impoverished American regions would now receive volunteer teaching attention. Federal funds were sent to struggling communities to attack unemployment and illiteracy.

What Johnson told Americans, as he campaigned in 1964, was that the establishment of this “Great Society” was going to eliminate the problems of America’s poor.

It had the opposite effect

The Great Society created a dependent class, which, instead of diminishing as it’s members joined the workforce, increased from generation to generation, relying on the federal government to provide their every need.

Uncle Sugar became Mother, Father, Preacher, and Doctor to generations of Americans. This “Plantation Mentality” continues to this day, encouraged by those who make their living off of the misfortunes of others…Democratic Politicians and the Owners and Operators of Numerous Shady Politically Motivated “Non-Profit” Organizations.

While at this Employment Office, I was able to observe folks down on their luck, struggling to find work and survive in this economy.

I also saw American families whose existence living on the Government Dole had become generational.

It is these people whom the Democrats continue to hypnotize into believing that Uncle Sugar loves them, and is their only solution to surviving a stifling existence.

They are so, so wrong.

The strength and vitality of America does not come from the benevolence of a Nanny-state Federal Government.

As the greatest American President of our lifetime, Ronald Reagan said:

The nine words you never want to hear are:  I’m from the Government and I’m here to help.

Being enslaved to the Government Dole steals one’s ambition.  It takes away any impetus or desire to create a better life for yourself and your family, to challenge yourself to pick yourself up by your bootstraps and pursue the American Dream.  It makes you reliant on a politically motivated spider’s web full of government bureaucrats who view you and your family as job security.

I watched American citizens trapped in this web of government bureaucracy,  so numbed of any initiative that they once had, that they seemed offended that they actually had to prove that they inquired about three jobs that week in order to keep their “benefits”.  Others seemed puzzled that they had to search through the state data base and pick out a job that they wanted to talk to an interviewer about receiving a referral to, and weren’t just simply handed a job when they walked through the door.

Additionally, now there is a preponderance of Americans of child-bearing age who don’t have enough self-control, self-esteem, and moral turpitude to actually get married before they bring an innocent life into this world?

I’m not a bit surprised.

Welcome to the Democrats’ “Great Society”.

President Trump and his Administration are attempting to encourage those trapped in a cycle of poverty to break free through self-determination and hard work which will lead to individual achievement and self-responsibility.

And, that is why Modern American Liberals will cry out against these new regulations.

It will dismantle the Socialist Nanny State which they have been purposefully building for decades….