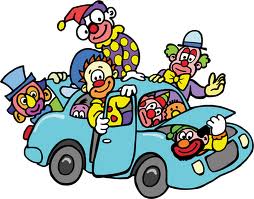 Per the Democratic National Committee, here is their official list of Speakers, as of August 22nd:

U.S. Senator Barbara Mikulski of Maryland, together with the women of the U.S. Senate

The DNCC will unveil additional convention program details and speakers in the coming days. The first two days of the 2012 Democratic National Convention, Tuesday, September 4 and Wednesday, September 5, will be held at Time Warner Cable Arena. President Obama will accept the Democratic nomination for President on Thursday, September 6 at Bank of America Stadium.

Quite a stellar line-up, huh?

Let’s dwell on some of the acts in this circus.

Elizabeth Warren – On May 23rd, George Will wrote:

Blond, blue-eyed Elizabeth Warren, the Senate candidate in Massachusetts and Harvard professor who cites “family lore” that she is 1/32nd Cherokee, was inducted into Oklahoma’s Hall of Fame last year. Her biography on OklahomaHeritage.com says that she “can track both sides of her family in Oklahoma long before statehood” (1907) and “she proudly tells everyone she encounters that she is ‘an Okie to my toes.’ ” It does not mention any Cherokee great-great-great-grandmother. A DVD of the induction ceremony shows that neither Warren nor anyone else mentioned this.

The next week, politico.com reported…

Some 150 people purporting to be “concerned” members and descendants of three Cherokee tribes have put up a new website called “Cherokees Demand Truth From Elizabeth Warren.”

The group is demanding that the Massachusetts Senate candidate come clean about her heritage – a topic that has dominated media coverage of Warren’s bid again incumbent Republican Sen. Scott Brown ever since it was revealed that the Harvard law professor was previously listed as having ethnic minority status.

“You claim to be Cherokee. You forget, it isn’t who you claim, but instead, who claims you. We don’t claim you!” a banner splashed across the top of the group’s website reads. The group argues that Warren has made “false claims of Cherokee ancestry,” and that it is bothered by those who “fraudulently” claim Cherokee heritage.

Last night, in a post titled, Jumah at the DNC: No Pork Ribs Allowed, I found the following information:

…the “Grand Imam” for Jumah at the DNC is none other than Siraj Wahhaj. Wahhaj is one of the most sought-after speakers on the Muslim circuit, and has addressed audiences all over the country; in 1991, he even became the first Muslim to give an invocation to the U.S. Congress. After 9/11, his renown as a moderate Muslim grew when he declared: “I now feel responsible to preach, actually to go on a jihad against extremism.” But as with so many other Muslim leaders in the U.S., Siraj Wahhaj is not as moderate as he may appear at first glance.

Wahhaj was several years ago designated a “potential unindicted co-conspirator” in the 1993 World Trade Center bombing. He himself has denounced this designation as essentially meaningless, but he didn’t earn it by doing nothing. In the early 1990s he squired the Blind Sheikh, Omar Abdel Rahman, all around New York City and New Jersey, sponsoring talks by him in area mosques. The Blind Sheikh, of course, is now serving a life sentence for his role in the first World Trade Center bombing in 1993, as well as in jihad plots to blow up the Lincoln and Holland Tunnels.

In a post titled, Just a Fluke?, I blogged

So, to recap, it turns out that the “sweet little co-ed” has turned out to be a 30 year old “Women’s Right’s” (i.e., Abortion) Activist, who entered Georgetown, a Catholic University, with a dual purpose:  to achieve notoriety and advance her political ideology.

She achieved that notoriety by appearing before Congress demanding that Americans pay for the $3,000 a year she puts out…err…spends on Birth Control.

Birds do it, bees do it, even educated fleas do it…

Per Gallup, 19% of Americans are Liberal. An even smaller percentage of Americans subscribe to the teachings of the Far Left.

Judging from the dubious line-up and circus-like atmosphere of this year’s DNC, it would seem that the Democrats, the former “Party of the People”, are pitching an awfully small tent.