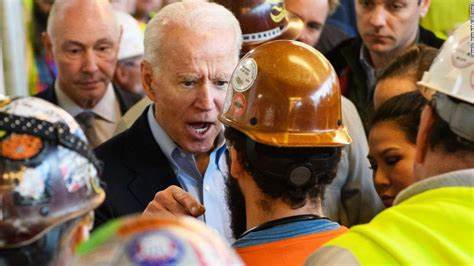 Psaki did not specify what action Biden might take.

Biden, addressing the shooting that occurred in Boulder, Colo., and that left 10 dead, said Tuesday he didn’t “want to wait another minute, let alone an hour” to act on gun violence. A shooting six days earlier left eight dead in Atlanta, Georgia.

He didn’t mention potential executive action but implored the Senate to pass a series of House bills that would close loopholes in background checks. He also urged Congress to ban “assault weapons.”

“I got that done as a senator. It brought down mass shootings, we can do it again,” Biden said during remarks at the White House. “We can ban assault weapons and high-capacity magazines in this country once again.”

“These are bills that received votes with both Republicans and Democrats in the House. This is not and should not be a partisan issue. This is an American issue that will save lives, American lives. And we have to act. We should also ban assault weapons in the process,” Biden said.

The House passed two bills this month to tighten gun control, one that would give authorities 10 business days instead of three to complete a background check before a gun sale. Under current law, gun sales can proceed if a background check takes longer than three days, what’s known as the “Charleston Loophole.” That bill passed 219-210 with only two Republicans supporting it.

Another bill would expand background check requirements to guns bought over the internet, at gun shows or through other private transactions. Eight Republicans joined Democrats in backing the bill.

The Senate would need to garner support from 10 Republicans to clear the filibuster and pass the legislation.

Senate Majority Leader Chuck Schumer, D-N.Y., said Tuesday he hasn’t spoken without the White House about an assault weapons ban. Such a ban is not part of the pair of House bills that passed earlier this month.

This is another reason why there is a fence around the Capitol Building and the White House,

Biden, his Handlers and Democrat Elite don’t give a rat’s rear what you and I believe.

And, they don’t care what our Constitution says, either.

The Democrats’ never-ending quest for “Gun Control”, if successful, would only succeed in controlling law-abiding American Citizens, instead of punishing those who operate outside of our laws, such as the Virginia Beach shooter, DeWayne Braddock,  Parkland High School Mass Murderer Nikolas Cruz, the thugs who have turned Former President Obama’s “hometown” of Chicago and my hometown of Memphis into their own personal “Killing Fields”, the Marxist Anarchists who are destroying our major cities and shooting at those who serve and protect us, and now, this Syrian Islamic Extremist (yeah,  said it) who slaughtered innocent Americans and a brave police officer in a grocery store in Boulder, Colorado.

The leader of the bloody Russian Revolution, Vladimir Lenin, once wrote that

The problem in stopping mass murders and other shooting deaths from happening is not that there are not enough gun laws. The problem is the gun laws on the books are not properly enforced.

The dissolution of the Family Unit, the revolving door state of our Municipal Justice Systems, and, as in the case of DeWayne Braddock,  Nikolas Cruz, and Ahmad Al Aliwi Alissa, the lack of recognition and treatment of the mentally ill and wannabe Terrorists and Marxist Anarchists, has a lot to do with the rise of these horrible massacres in America and the horrible violence which plagues cities like Chicago and Memphis..

What Liberals have never understood, in their continuous quest to take away the Second Amendment rights of average Americans, is that we will never surrender our Constitutional Right to defend ourselves and our families from enemies foreign and domestic.

What part of the words “shall not be infringed” do you Liberals not understand?

I agree with what Former President Trump said when Candidate Biden brought up Gun Control: “Hit the animals hard”.

DONATIONS ARE ACCEPTED AND APPRECIATED.